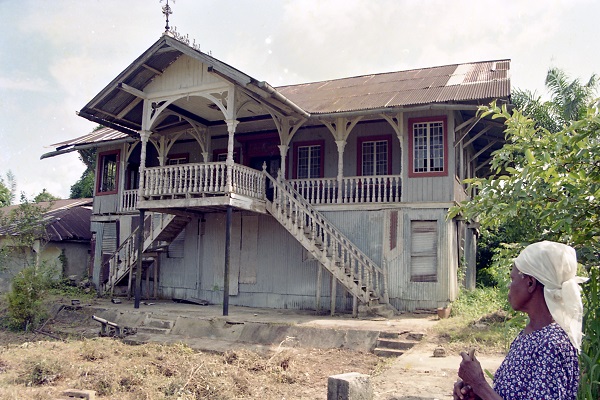 This national monument is situated at 19 Boko Street, Calabar and was the residence of the famous Chief Ekpo Bassey. It was imported in parts from the United Kingdom.

It was declared a monument on August 14, 1959. Bassey was born in November 1949, son of Etubom Dr EE Bassey a medical doctor and grandson of King James Ekpo Bassey of Cobham Town. He had his early education in Calabar, Onitsha and Lagos. In 1974 he graduated from the University of Nigeria, Nsukka with a degree in journalism.

He followed a journalism career which saw him working in several parts of the country for organizations like the Nigerian Chronicle, The Punch, Newbreed magazine and The Call.

Bassey was also for a time vice-president of the Nigerian Union of Journalists, and National Publicity director in the now defunct Nigerian Peoples Party. A socialist, in February 1989 he was head of the Directorate for Literacy and at about the same period he moved from cripto-politics to actual participation when he contested and won the elections for chairmanship of calabar Municipal council.